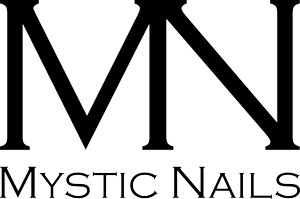 Country
Your are here: > Home > What the FukCover Gel happened?

What the FukCover Gel happened?

Making mistakes is human. We all know that.

It is our duty to admit our mistakes. However, it’s not that common in practice.

Why? Because it’s hard. It’s hard to admit that we were wrong, we didn’t do something right, and it’s even harder to accept the consequences and responsibility. And perhaps the most difficult thing is openly admitting all of these.

It’s easier just to get over it, not to think about it, get away with it somehow, or shift the responsibility to someone else.  It’s easier to say: it’s not my fault, or just simply deny that any mistakes were made.

But here and now, a mistake has been made and it’s our fault. We made that mistake and we admit it openly, honestly, and we take full responsibility because it is our duty.

What happened is that during the production of one of our best-selling camouflage gels, Deluxe Cover Gel, we mistakenly used the wrong pigment. Therefore, a cover shade different from the usual Deluxe Cover was filled in the jars. On top of that, a few pieces of these gels had been already sold by the time we realized this mistake. Awkward, right? Yeah.

When we realized this all we could say was: What the f...k happened??

And then we figured out that it was our fault. What we must do now is take responsibility for our mistake!

If you’re one of our customers who received the wrong shade*, there are two options for you:

1) You keep the gel, because you like the color, but if you let us know, we send you a digital certificate acknowledging how COOL YOU ARE, despite the fact that we fouled up. In addition to the certificate, we’ll give you a Galaxy Shine 7ml as a gift in your next order for every defective cover gel you purchased and kept.

2) If you don’t want to keep it and you haven’t used it, or barely used it** (because you noticed that the color is different), then send it back to us, and we’ll credit the price of the product and the delivery cost of returning it in your next order, or we’ll simply refund the price.

*The batch numbers of the incorrect color shade (which can be found on the bottom of the jar): DCO-Q2143W és DECO-Q2206W)

**We are unable to take back a jar from which more than a third of the original net weight is missing.

It’s also important to tell you that we’ve learned a lot from the incident, and we’ve improved our already extremely strict and multi-stage quality management and control system, so that similar error won’t happen NOT EVEN ONCE every 15 years (since this has never happened before in the 15 years of the company’s existence).

Well, that’s pretty much the story…or it isn’t? We wouldn’t be Mystic Nails if we didn’t do something unique out of this, something typical of Mystic Nails, something that no one else would do and has never done before. That’s what we’re doing now ;)

The thing is that actually this camouflage gel with glass fibers has a very nice color. It’s a fact that it doesn’t match the color of Deluxe Cover Gel (it is more of a brownish-peach shade), but a beautiful cover shade was created as a result, which carries all the amazing features of the Deluxe fiberglass family. Practically, a new product, a new Deluxe camouflage gel was born by mistake. :)

And since this is how it turned out, we thought if we make a mistake once in 15 years, then we should capture the moment, which is why we make the cover gels produced with the wrong pigment available to our customers!

It’s good to know that Deluxe FukCover Gel, is only available in limited quantity (few hundred pieces). If you want one (or more) because you’re curious and would like to try it, or though you received the wrong color, you like it so you’d like to order again, or even keep one as a relic (which will probably happen knowing the Mystic fanatics :D), then don’t delay with your order!

We don’t know if FukCover will be this year’s hit product, but it’s sure that it is the most unique and most human piece of the Mystic Nails product range. Because let’s admit it: sometimes we really foul up things ;) Subscribe to our newsletter to be notified about novelties, sales and everything related to artificial nails!